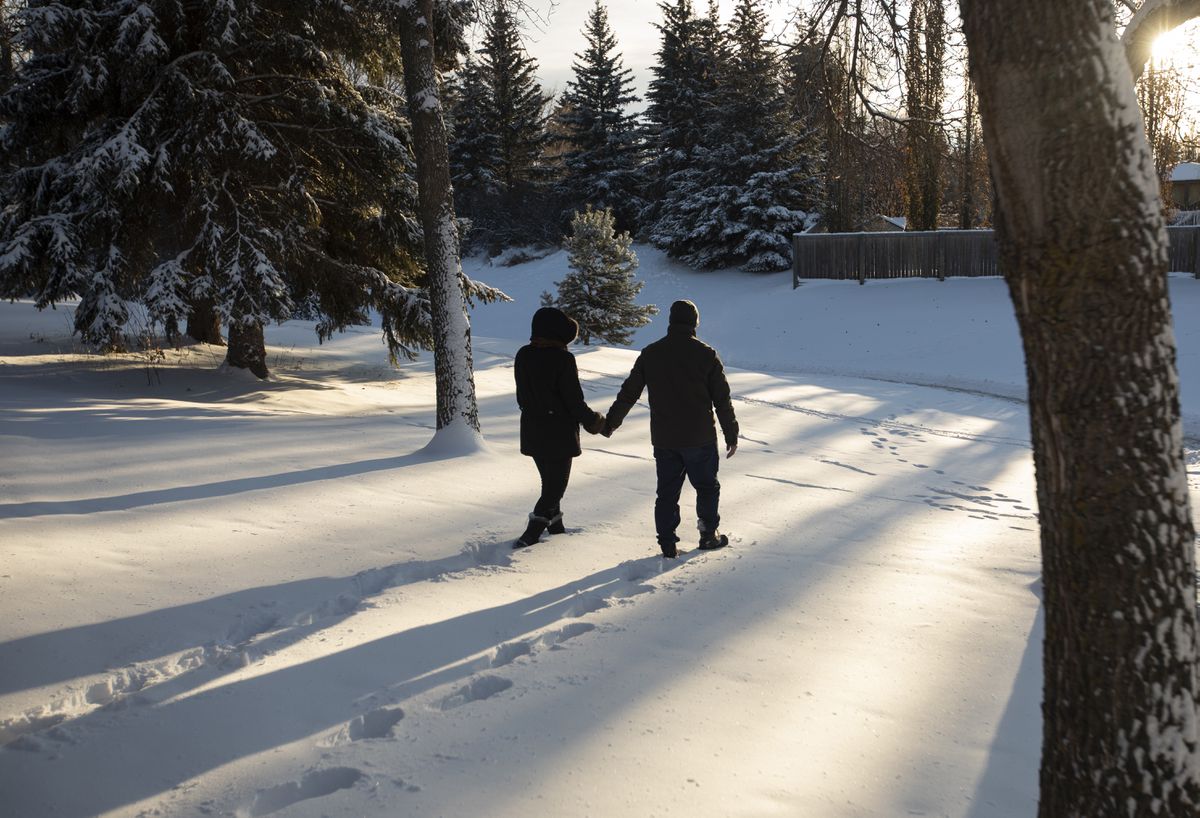 Will Ed and Lisa be able to retire next year with an income at least equal to what they have now?

Ed and Lisa would like to retire next year with an income “at least equal to or greater than what they have now,” Ed wrote in an email. He is 62, she is 63.

They live on a farm in rural Alberta and have raised four children, now in their late 20s and early 30s. The two youngest still live at home and go to college.

Ed’s plan is to transition from full-time to part-time, deferring government benefits until age 70 and dipping into his registered retirement savings plan in the meantime. He would “pass” into full retirement between the ages of 65 and 70, he writes. Short-term expenses include purchasing private health and dental insurance, replacing major appliances, and doing work around the house. They also need to replace their car and truck.

In the longer term, they hope to take a few trips abroad each year. Their retirement spending goal is $106,000 per year after tax.

We asked Jason Heath, an advice-only financial planner at Objective Financial Partners in Markham, Ontario, to look into Ed and Lisa’s situation.

What the expert says

Ed and Lisa have ambitious plans for retirement that include increasing their current expenses, says Heath.

In preparing his forecast, he assumed that their $106,000 after-tax spending target is maintained for life, adjusted for 2% inflation. “Although inflation has been near 7% over the past year, the Bank of Canada expects it to decline to around 4% in 2023 and hopefully return to its long-term target. 2% term shortly thereafter,” says the planner.

He assumed that Ed and Lisa would replace their two vehicles for a total cost of $125,000 net trade-in value and complete a $50,000 home renovation in the coming year, while paying off their small balance. line of credit. This would deplete their non-registered investments and part of their tax-free savings account balance.

Although Ed plans to work part-time after 2023, Mr Heath assumed they both only worked a few months in 2023 before retiring. He did not take into account any part-time employment income for either.

“If their investments are earning a modest 4% a year net of fees, their portfolio of about $850,000 should be depleted by Ed’s 95th birthday,” says Heath. This projection assumes that they are not downsizing their home or using the equity in their property.

Their investments are expected to decline significantly over the next few years to around $400,000 by Ed’s 70s. From then on, exhaustion should be relatively modest once Canada Pension Plan and Old Age Security benefits kick in, with the potential for small TFSA withdrawals beyond the minimum RRIF withdrawals. of Lisa, mostly in her 80s. “They should consider the asset allocation of their non-registered investments, especially given the possibility of using most or all of these funds over the next couple of years.”

If Ed and Lisa continue to work part-time for a few more years, it could go to bloat their travel budget or provide funds to help their children or future grandchildren, the planner notes. “I think at this point they will work because they want to rather than because they have to.”

The 4% return assumption seems conservative, given that their portfolio currently pays around 4.6% in dividends alone, the planner says. “But as they get older, they may become less aggressive investors.” Conservative yield also takes into account the variability of yields from year to year; they won’t earn 4%. 100 in a straight line. “The early retirement downside risk for equity markets can be said to be largely behind them, after a terrible year 2022 for equity and bond markets,” says Heath.

Their portfolio consists primarily of financial services, pipelines, telecommunications and utilities. These stocks tend to pay higher dividends – hence their 4.6% dividend yield on their portfolio – but represent a narrow sector allocation. Sectors such as technology, healthcare, consumer, industrials and materials are absent, which could offer them better diversification or capital growth to supplement their dividend income, he says.

“It’s worth mentioning that replacing group health and dental coverage in retirement may not be better than paying for these expenses out of pocket,” says the planner. “If you have a plan for retirees through your employer where they can contribute to the costs, that could be beneficial,” he says. But when you take out a private policy, you risk paying more premiums than reimbursements, especially since your premiums can change from year to year.

Mr Heath suggests the couple update their wills, which were prepared when their children were young. Their RRSPs and TFSAs can be effectively managed on the first to die by naming each other as beneficiaries and successor holders, respectively, he notes. “They really should prepare durable powers of attorney and personal directives in Alberta to appoint each other — and at least one alternate — to make financial and health care decisions if they become incapacitated,” he says. . These are important estate planning documents that they apparently do not currently have.

Lisa has $46,500 in RRSP room, but it probably doesn’t make sense to contribute more given her relatively low income. His expected tax rate in retirement is similar to or higher than it is now, so paying the same or more tax on withdrawal than the tax rate saved on contributions is not advantageous. “On top of that, they might need their unregistered savings for car renovation and replacement over the next couple of years. »

The planner is generally in favor of deferring CPP and OAS to age 70 for healthy people. “If you live to be over 80, you’ll receive more lifetime income doing this,” he says. “That means you have to draw more into your investments before you turn 70, but the investments offer a riskier form of retirement income than the government-backed, inflation-protected CPP and OAS.”

The problem: Can they afford to retire next year with an even bigger budget than they are spending now?

The plan: Go ahead and retire by dipping into Ed’s RRSP, working part-time and deferring government benefits.

Gain : A retirement spending target that will cover their current needs and leave them plenty of room for the future.

Some details may be changed to protect the privacy of profiled individuals.

Home Loan – What is a Home Loan, Benefits, Eligibility and Factors to Consider

Farms and Villas Can Boost Retirement Income: Here’s How