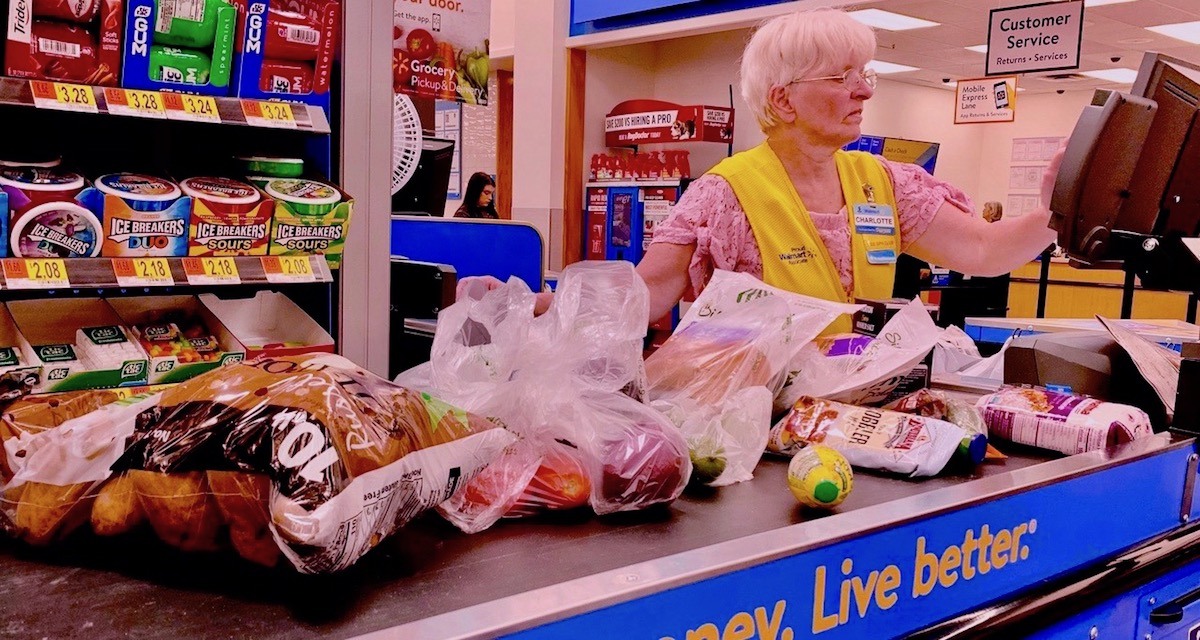 Walmart’s quarterly net profit down nearly 40%; the retailer raises its forecast for the entire year

Walmart, based in Bentonville, reported a consolidated net profit of $ 3.105 billion during the period and, although it was down 39.5% from the $ 5.135 billion reported a year ago, it remains better than what analysts expected.

Company officials also said they were set to ring the holidays with inventories 11.5% higher than a year ago.

Total revenue reached $ 140.535 billion for the quarter, up 4.3% from a year ago. Walmart said the revenue growth was fueled by rising incomes for Sam’s Club and Walmart + members, and inflationary prices in certain categories.

â€œOur momentum continues with strong sales and profit growth globally. Our omnichannel goal is pushing digital penetration to record levels. We have gained market share in the grocery store in the United States, and more customers and members are returning to our stores and clubs around the world. Looking forward, we have the people, the products and the prices to provide a great holiday season for our customers and members, â€said Doug McMillon, CEO of Walmart.

Walmart has raised its forecast for fiscal 2022 which ends on February 1. The retailer expects US sales of 5%, excluding fuel, with adjusted earnings per share of $ 6.40, better than the $ 6.20 to $ 6.35 previously forecast by the company. Walmart also said capital spending for the year will be about $ 13 billion, below the $ 14 billion previously forecast. Much of this spending is aimed at building supply chain capacity with micro-distribution centers. The company said some of that work will be extended until fiscal 2023.

STORE SALES IN THE UNITED STATES
The big story for the retailer in the third quarter was 9.2% sales for its US operations, well ahead of the 6.2% forecast by analysts. Walmart said store visits increased 5.7% and average tickets increased 3.3% from the previous year. E-commerce contributed 0.1% to overall model store sales in the United States. Online sales are up 8% from a year ago. Walmart US reported sales of $ 96.6 billion in the period, up 9.3% from a year ago. Operating profit was $ 4.9 billion, up 5.9% year-over-year.

Walmart said it took early steps to alleviate supply chain backlogs by ordering earlier than usual, chartering ships, using less congested ports, working more shifts and increasing its own supply chain job with 50,000 new hires in the quarter to work 24 hours a day. Walmart US CEO John Furner said inventory levels were up 11.5% over the year. The holiday cycle was approaching and stores were well staffed with 150,000 new hires in the quarter for the seasonal surge.

The American activity saw sales growth of nearly 10% in grocery stores with an increase in market share. Sales by food categories increased $ 3.6 billion, the strongest quarterly growth in six quarters. Kath McLay, CEO of Sam’s Club, said the retail unit ordered seasonal products much earlier and saw it sell out faster than normal. Inventory is up 7.3% and member revenue has increased 11.3% due to increased number of new members and increased penetration of Plus members.

â€œWe ordered 100% Halloween costumes this year and sold them out early,â€ McLay added.

Sam’s Club said third-quarter songwriting sales were up 13.9%, compared to 11.1% a year earlier. E-commerce sales contributed 1.7% to the company’s sales in the quarter, and more members shopped online for club pickup and delivery. Sam’s total sales were $ 19 billion, up 19.7% year-on-year. Sales pulls were up 11.1% and the average ticket was 2.6% higher than a year ago. Operating profit was $ 500 million in the quarter, up from $ 400 million a year ago.

Judith McKenna, CEO of Walmart International, said this segment of the business is also ready for holiday sales across countries with inventory levels rising 10.4% on average. International sales totaled $ 23.6 billion, up from $ 29.6 billion a year ago. Divestitures of businesses in the UK and Japan reduced revenues by $ 9.2 billion.

CHALLENGES OF INFLATION
Analysts ask Walmart to discuss the inflationary pressures it faces around the world and how that may continue to put downward pressure on operating margins next year.

â€œSam Walton loved the fight against inflation and Walmart is also eager to take on it,â€ McMillon said. â€œWe are asking suppliers to swim upstream and lower prices to try to gain market share when inflation increases. We have thousands of suppliers and some will be able to do that.

McMillon also said inflation isn’t something new to the retail titan, and while the US market doesn’t have to fight it so often, other countries where Walmart operates have. inflation year after year. He said the company had plenty of guns in its arsenal to help mitigate the impact on bottom lines. He said the Everyday Low Price (EDLP) model built into Walmart’s DNA will come in handy in times of inflation and deflation.

“We can keep prices low longer and keep them lower given our financial strength,” he told analysts on Tuesday.

SQUISHY MARGINS
Analysts were somewhat mixed on their conclusions from the conference call. Inflation has been the biggest elephant in the room and despite the optimistic tone of Walmart executives, the stock markets have focused on falling gross margin, which is seen as a large measure of profitability. Walmart’s consolidated gross profit rate declined 0.43% in the quarter, mainly due to higher supply chain costs, a higher mix of fuel business in the United States. United at low margins and a mix of changing international formats.

â€œThe margins were a bit soft and will be exploited,â€ Morgan Stanley analyst Simeon Gutman said in a note to clients. However, sales “were strong and better than expected”.

Ben Bienvenu, analyst at Stephens Inc., also said the gross margin of 24.6% was also lower than expected. That said, he added that the results for the quarter were impressive and that the indications speak to Walmart’s ability to manage in a difficult supply chain environment.

â€œWith Walmart’s US inventory up 11.5% ahead of the holidays, that should help allay concerns about the company’s ability to end the year strong. We reiterate our â€œbuyâ€ rating for the action, â€he noted. (Stephens provides investment banking services for Walmart from time to time and is compensated accordingly.)

Analysts were not surprised by the stock’s bearish movement given declining margins and lingering inflationary pressures. Because Walmart has historically been a winner during times of inflation, Bienvenu and Gutman remain bullish on equities for the long haul.