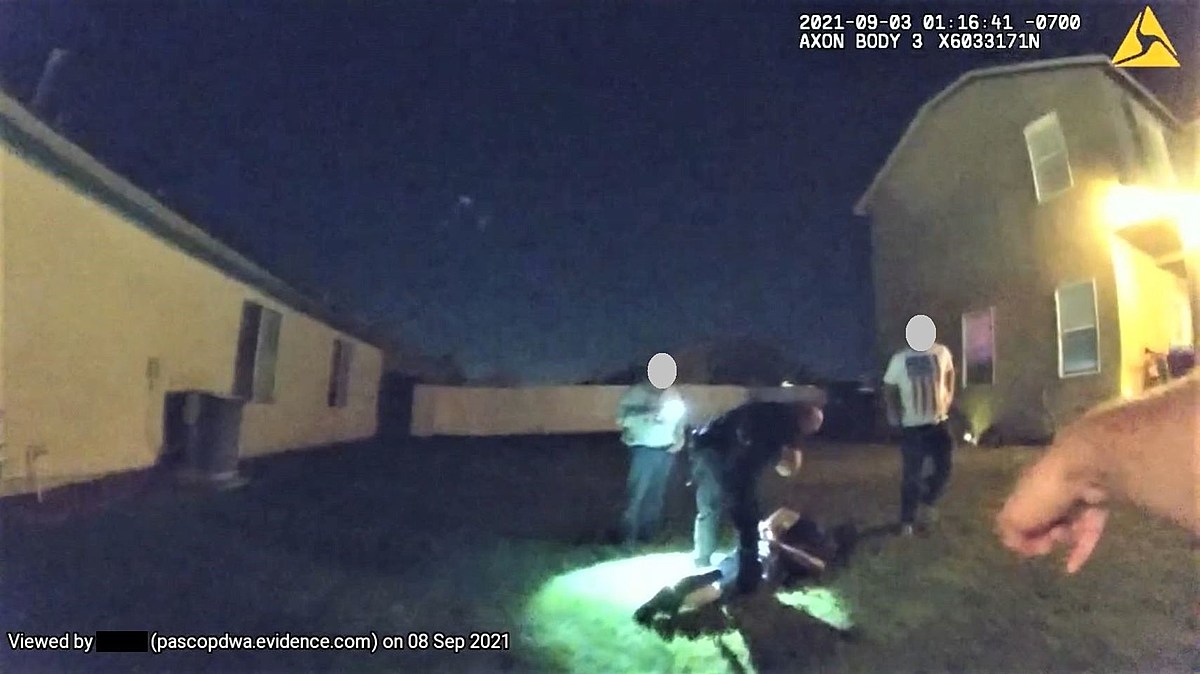 At the local level, most of us would encourage these people.

Law enforcement officers value the hearts of citizens when it comes to helping apprehend a suspect, but warn people to not Take the things over control.

This appears to be the case based on information released by Pasco police about a crime on Friday, September 3.

Officers said at around 1 a.m. in the 5900 block of Thistledown, they responded to a report of an alleged dispute over the property. Upon arrival, he learned that a 30-year-old man from Pasco (whose name has not been released) had been “apprehended” by a group of neighbors after he was allegedly seen prowling around in someone’s vehicle. and have taken objects.

The owner ran outside, started chasing the man and screaming for help from the neighbors, and the boy gathered. Another citizen came out in front of the suspect and there was a “fight”. When police arrived, a citizen had a torn shirt and the suspect had a bloody scratch on his arm, and he was on the ground surrounded by angry neighbors.

Based on the evidence at the scene, police were able to establish the probable cause of the theft and the man was taken to jail. However, since the felony was a misdemeanor and at this point in time prison space was limited, the suspect was charged and released. The property has been returned to the owner.

Police urge citizens to not confront suspects in this manner as it can often become a dangerous situation. Pay attention to each other, get as much information as possible, especially vehicles, plates, clothing and photos if possible.

That’s understandable smart advice, but sadly, with the dozen or more new “soft” crime laws passed by lawmakers this year, it’s possible that more citizens are taking matters into their own hands, perhaps out of frustration. .

LOOK: What important laws were passed in the year you were born?

The data in this list was acquired from reliable online sources and media. Read on to find out which major law was passed in the year you were born, and learn its name, vote count (if any), impact, and meaning.