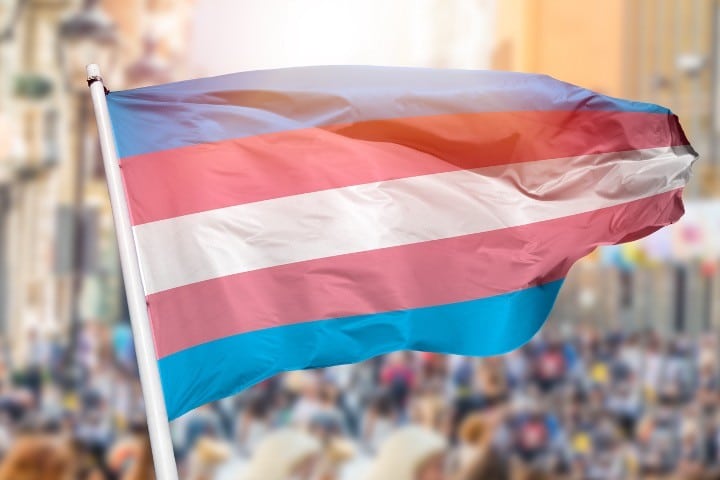 Bias? The city will distribute a monthly basic income of $900 – but only to ‘transgenders’

While it’s true that you get more for what you pay for, we’re about to have more “transgender” and “non-binary” people.

Because this town will now dedicate $200,000 to a Universal Basic Income program — aka a “handout” — that will give 20 residents between $600 and $900 a month over a two-year period. But only MUSS (Made-up Sexual Status; in this case, “transgender” and “non-binary”) people should apply.

It has not been reported how city dads (or non-sexually defined sensitive bipeds) will determine who is “legitimately” “trans” or “non-binary”; there is no physiologically oriented medical test to determine such status, after all. The “diagnosis” is based solely on feelings.

Speaking of which, the sentiments of Palm Springs City Council members are crystal clear: They voted unanimously last month for the program. The $200,000 will be donated to “DAP Health and Queer Works to design the program and apply for state funding,” Fox News tells us. “The initiative, led by the city’s first transgender [sic] Mayor Lisa Middleton is part of a larger effort to spend millions of dollars in public funding to help LGBTQ residents in conjunction with local nonprofits.

One might ask about the “optics” of the city’s first MUSS mayor who only grants money to MUSS residents. How would it be, after all, if a locality’s first Catholic mayor provided government assistance only to Catholic residents or if an avowed womanizing mayor only gave funds to other womanizers?

Would it be acceptable if applicants had to meet a poverty line, as is the case with the Palm Springs program?

Some may also question California’s priorities. Because the state has poor school results; rampant crime, with shoplifting common and even train theft making a comeback; exorbitant gas prices; summer blackouts due to green fantasies; exorbitant taxes and a hostile business environment; forest fires caused by poor forest management; the highest level of poverty in the country; and vagrancy as a way of life, among his other problems. Yet it focuses on social engineering and facilitating MUSS mental illness.

But Mayor Middleton, a Democrat, apparently finds those priorities A-Okay. “Transgender Americans suffer from extremely high rates of underemployment and unemployment,” he told Fox News, as well as “tremendous challenges to living full and authentic lives.”

“These challenges have increased dramatically in recent years as transgender children and their families have been targeted by extremist lawmakers and governors,” Middleton continued.

The mayor is, of course, referring to measures such as Florida’s Parental Rights Act, which prohibits teachers from discussing gender and MUSS “identities” with young children; and state efforts to prevent child abuse from giving tender-aged children things like puberty blockers and hormone treatments. In other words, Middleton projects: Extremism rests on those who impose sexual devolution propaganda and heartbreaking prescriptions on children.

The catch is that Middleton has “‘expressed strong reservations in general about guaranteed income programs,'” Fox reports.

“”I specifically stated that I did not believe such programs could expand to adequately address the more than 37 million Americans living below the poverty line…” Middleton said in an e-mail. mail … expressing his [sic] “concern for the financial vulnerability of the transgender community,” Fox continues.

Some may now wonder what a Universal Basic Income (UBI) “test” is for if you think such programs are futile exercises. This lends credence to the bias theory, which holds that Middleton simply seeks to direct money to a favored group in any way possible.

That said, a UBI would be at least affordable if it were limited to the US MUSS demographic, as these people make up only 0.6% of the population (not counting young people who identify as such because it’s at the fashion). Otherwise, however, “it’s just too expensive,” radio host Jason Rantz noted while discussing the Palm Beach mess on Monday. Tucker Carlson tonight (video below).

So what is the purpose of a UBI? Proponents may claim that it can eliminate waste. It is also true that welfare-type bureaucracies themselves absorb much, if not most, of the money intended for the poor. Another factor is that with AI/robots poised to displace a good percentage of our workforce in the coming years, we may one day have large scale unemployment.

Still, that doesn’t mean a UBI is the solution – and, in fact, it’s already failed. “For example, Finland dropped its two-year UBI experiment in April because it failed to reduce unemployment and imposed a heavy economic burden on Finnish taxpayers,” the Heartland Institute wrote in 2018. Across the Atlantic, Canada, citing high costs, recently ended its three-year UBI pilot program, which lasted less than a year.

“Ontario Minister of Children, Community and Social Services Lisa MacLeod said the UBI program ‘is definitely not going to be sustainable’ and that ‘spending more money on a broken program is not going to would help anyone,'” the institute added. .

Just giving people free money has many inherent problems, not the least of which is moral/spiritual degradation. The sayings “An idle mind is the devil’s workshop” and “Work ennobles a man” exist for a reason: people need meaning and goal be happy.

We don’t want to end up, after all, like the fed, listless, boring Eloi of The time machine.

Of course, even the Eloi knew what sex they were. Our idle minds in real life would also be more violent and often drug addicted. As for our Morlocks, they still exist now – they are called statist politicians.

Shekinah will present “Annie Jr.” and art exhibition on April 22 and 23