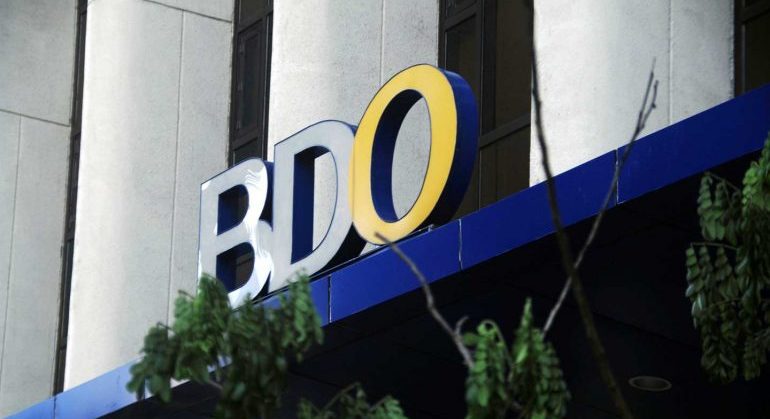 The bank’s net profit during the July-September period fell 10.6 percent to 11.033 billion pesos from 12.346 billion pesos a year earlier, based on its quarterly financial report released on Monday.

This took BDO’s net profit for the first nine months to P32.484 billion, jumping 95.7% from the P16.598 billion recorded during the same period in 2020. The bank said in a statement reported that its profit for the period had returned to its previous level. -Pandemic level thanks to its “resilient business franchise and standardized provisions”.

The bank attributed the drop to lower lending rates as well as caps on credit card fees. The net interest margin stood at 4.05% at the end of September against 4.36% a year earlier.

Interest income on loans and other receivables fell 8.18% to P31.192 billion in the third quarter from P33.972 billion a year earlier.

However, this was partially offset by its interest income on trading and investment securities, which improved 31% to P5.067 billion from P3.86 billion.

Meanwhile, BDO’s non-interest income during the July-September period increased 20% to 14.778 billion pesos from 12.332 billion pesos. This was supported by higher commissions, foreign exchange gains and insurance premiums, which offset the bank’s net loss on operations.

On the other hand, operating expenses increased 7% year-on-year to 29.914 billion pesos in the third quarter from 27.951 billion pesos, due to higher compensation and occupancy costs as well as increased costs associated with its insurance activities.

â€œThe bank has maintained its investments in its IT / digital infrastructure and expanded its digital capabilities to further improve the customer experience and increase productivity,â€ BDO said.

Loans stood at 2 365 trillion pesos at the end of September as customer credit started to recover, BDO said. Its gross non-performing loan (NPL) ratio was 3.1% and its NPL coverage ratio was 101% during the same period.

On the financing side, total deposits reached 2,734 trillion pesos at the end of September. BDO said its current account savings account deposits increased 14% year on year, accounting for 85% of the total.

The bank’s capital base stood at 422.3 billion pesos in September, with its ordinary Tier 1 capital well above regulatory requirements at 13.8 percent. The capital adequacy ratio was also above the regulatory requirement at 14.87%, compared to 14.34% a year earlier, in a context of increased capital greater than the growth of weighted assets based on risks.